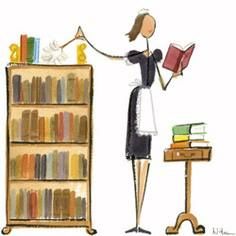 There is hardly a day that goes by without some headline about a highly priced medicine that is beyond the means of those who need it. For decades, access to medicines was automatically associated with problems in poor countries. However, it has now become clear that the high price of medicines is crippling healthcare systems everywhere in the world. Patients’ stories from South Africa to Sweden and from Colombia to the UK tell the difficult reality of people’s struggle to get access to life-saving medicines.

For example, the price of effective medicines to treat Hepatitis C can be over $100,000 per patient. The Dutch government’s submission to the High Level Panel states that “We have an estimated 20,000 patients with this disease. Such costs make our healthcare unaffordable. If we continue in this way, it will become nearly impossible to reimburse patients for these medications”. 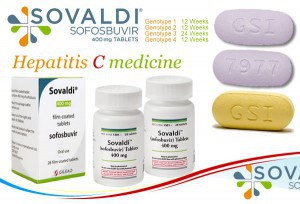 The prices of cancer medicines are beyond the reach of many patients who need them especially in developing countries. 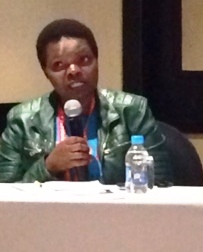 “I was diagnosed with breast cancer in 2013. My insurance refused to cover my Herceptin treatment because of the high price. Now the cancer has spread all over my body. I need Herceptin so that I can live and bring up my two boys”.
“Tobeka Daki from South Africa”

While the high medicine prices is one side of the access problem, the Ebola crisis highlighted the other side: lack of innovation for public health needs. The current global system relies on intellectual property (IP) rules that create monopolies in order for pharmaceutical companies to generate profits and thus to finance research and development (R&D). Where companies see they can make money, they even invent new disease’ names for medical conditions to market their medicines – as in the latest case of opioid-induced constipation. In that case, clinicians who found a way to ease the suffering of the dying got investors to bring a drug to market only when a broader market was identified – the opioid dependence that has reached crisis levels in the United States. But where there is no profit, such as in the case of Ebola, there is no investment from companies.

In December 2015, the UN Secretary General established a High Level Panel (HLP) to “recommend solutions for remedying the policy incoherence between the justifiable rights of inventors, international human rights law, trade rules and public health in the context of health technologies.” The HLP is a unique opportunity to advance access to health technologies for several reasons. The HLP acknowledges the potential conflict of interest between the human right to health and IP rules. Moreover, unlike other initiatives that have tended to focus on neglected diseases, the HLP tackles all health technologies for all diseases in all countries.

The HLP published its report in September 2016, which includes recommendations that represent positive steps to advance access to medicines [1]. On the innovation side, the report recommends that the UN Secretary General start a process for UN member states to negotiate a binding R&D convention that delinks the cost – and hence financing – of R&D from the price of the final product. This is a critically important initiative. The pharmaceutical industry justifies the ever increasing prices of medicines by citing the high cost of their R&D even though all information related to those costs is shrouded in secrecy. The industry also fails to recognize the important role of public financing for R&D. The HLP report calls for increased public financing through domestic resources as well as innovative sources like the financial transaction tax. However, increasing public financing for R&D is not enough unless there are binding agreements for affordable prices of the resulting products.

Nearly all issues related to medicines are shrouded in secrecy. Therefore, it is important that the HLP report recommends transparency of information involving R&D costs, medicine pricing, patent status and clinical trials, as well as negotiation of Free Trade Agreements (FTAs).

On the access side, the report recognises the political and commercial pressures that countries face when they try to use the flexibilities enshrined in the World Trade Organization’s (WTO) Trade Related Aspects on Intellectual Property Rights (TRIPS) Agreement, which allows governments to adopt specific policies to protect public health. Free Trade Agreements (FTAs) include measures that actually restrict governments’ ability to adopt pro-health policies. While the report recommended that countries register any pressure they face at the WTO, and countries to conduct impact assessment on potential effect of FTA measures on access to medicines, it fell short of proposing an immediate ban on excessive IP protections in FTAs.

Unfortunately, the US government and pharmaceutical companies started attacking the report even before it was published. The unholy alliance between rich country governments and the pharmaceutical industry employs extensive resources and pressures to stop the development or promotion of alternatives to the current IP system to finance R&D, which is based on conferring monopoly power to extract the highest profit from the end product. But this system is failing patients around the world. Now is the time for change, for a system that places the human right to health as the determinant of the R&D agenda and enables affordable pricing of products.

Good recommendations require active engagement that leads to action if they are to bring about beneficial change. Concerted efforts are now needed for the UN system and member states to adopt and implement the HLP recommendations. Otherwise the report will simply end up gathering dust on some shelves in a UN office. It is now in the hands of the UN Secretary General to move this process forward. His action would be a valuable parting gift to the world as he leaves office at the end of this year, a critical step toward ensuring access to medicines for all so no one is left behind.

[1] These recommendations have limitations, which are explained in the Commentary included in the report’ Annex, by three panel members, including Winnie Byanyima, Executive Director of Oxfam International.