Some public policies should carry health warning labels like cigarettes or uncooked meat.  Certainly that is true for a reckless and ill-thought-out policy like the UK government’s current approach to leaving the European Union, after a close advisory referendum in which at least one of the campaigns would quickly have run afoul of trading standards law if had involved a consumer product.  As controversy rages on about exit paths – ‘strategies’ would be too kind a word – health researchers and professionals are (or should be) asking how Brexit will, and could, affect public health.  Among the questions, informed by a political economy perspective on health and its social determinants, five stand out.

I thought so.  Prime Minister May herself conceded the point during the referendum campaign. 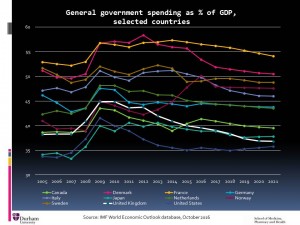 A public sector budget of that constrained size is simply incompatible with a comprehensive health service that is free at the point of use.  The insurance industry, as shown by a tube advertisement from 2011, understood this point years ago.  Crucially, these expenditure projects do not take into account the need (at least, so we will solemnly be told) for further austerity measures as government revenues drop with slower growth in anticipation of Brexit. 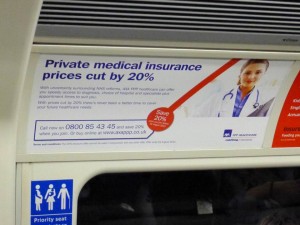 One needs to remind oneself that the last word in Albert Camus’ famous essay about suicide is ‘hope’.  But it is hard to sustain in these times.