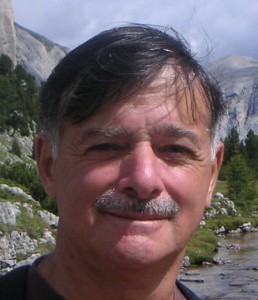 The mandates of the International Monetary Fund (IMF) and the World Bank (WB) include the obligation to facilitate financial stability, international trade, and economic growth, while securing assistance in the form of loans to countries suffering from balance-of-payments constraints. The European Commission (EC) provides both Budget Support – accounting for approximately 25% of EU development aid – and Macro Financial Assistance (EUMFA) in the form of loans and grants for non EU countries facing a balance-of-payments crisis, provided the country has an IMF programme.

This context gives these three institutions great power to shape domestic policies in other countries, through quite identical prescriptions.

Conditionalities: a threat to health?

As creditors, the three institutions seek to ensure that they recover their loans from borrowers by setting strict ‘conditionalities’ on lending. Loan disbursements have been linked to economic and trade liberalization with regressive consequences for poor people.

In most cases, conditionalities encompass cutting public spending, including  government subsidies and ceilings on government wage bills (common in Africa), as well as privatization of public services such as health and education and removal of barriers to international trade.

Critics have charged macroeconomic reform programmes with a narrow vision on economic stability and for not protecting social spending on health and education. For example, ceilings on governments’ wage bills disrupt the much needed expansion of the health workforce, thus impairing the ability of the health sector to recruit and retain health workers.

The impact of the reform recipes has been highlighted especially in Africa in terms of cuts in public spending and adopting user fees policies which are known to act against poor people, especially women. However, recently the same recipes have been implemented in high income countries such as Greece where cuts in public spending and dismissal of health workers have led to deterioration in the health of the population.

Moreover, cuts in the health spending affect the supply of medicines, which can have tremendous negative consequences on the health of a population, including fueling transmission of infections like HIV/AIDS, tuberculosis (TB), hepatitis and sexually transmitted diseases. For example, a study of the link between the IMF loans and TB in the former Soviet Union and Eastern European countries documented a 16.6% rise in annual TB mortality from early to mid-1990s.

The WB, IMF and EC defend themselves by denying fixing targets for specified expenditures or wages and stating that governments are accountable for expenditure priority allocations. They thus deny any responsibility for their actions.

However, regular reviews by the WB, IMF and EC determine whether a loan is released depending on economic performance, not on protection of social spending. As contended, ‘this is an example of how the power dynamics between WB, IMF, EC and the recipient of their programmes make it very difficult for the latter to ignore policy prescriptions, even when they are not legally binding.’

Given the influence of these institutions on domestic policies, they should focus on helping countries explore a wide range of options for dealing with fiscal deficits. These options should ensure the protection and increase in social spending, especially on health and education, and the removal of the budget ceiling on the recruitment and retention of health workers.

A key problem underlying the damage of the macroeconomic reform recipe is that negotiation is usually limited to a narrow circle of finance ministries in the absence of public participation or scrutiny. Transparency of negotiation and participation of other relevant ministries and civil societies are essential to ensure pro- human development policies.

Despite recent positive rhetoric by the IMF, WB and the EC to reform conditionality policies, a gap persists between the declared intentions and the general practice. As maintained in a recent Eurodad analysis, ‘…The IMF continues to attach problematic conditions to its loans, notably by suggesting reforms in sensitive economic areas. The World Bank continues to make loan decisions on the basis of the assessments made by its rich country-dominated board on the economic agenda of recipient countries. Finally, the EC’s Budget Support was originally created to support the local ownership of its recipients and its guidelines reflect that. In practice, though, it sometimes incentivizes economic reforms that are not part of partner countries’ development strategies…’

It is time for the three institutions to turn their new rhetoric into reality.  But, will they be up to this at this time of  Trump, Brexit, and the rising success of so-called populist/nationalist movements – which perhaps mirror the mounting unpopularity of the idea of globalization as the driver for economic prosperity?

Daniele Dionisio is a member of the European Parliament Working Group on Innovation, Access to Medicines and Poverty-Related Diseases. He is an advisor for “Medicines for the Developing Countries” for the Italian Society for Infectious and Tropical Diseases (SIMIT), and former director of the Infectious Disease Division at the Pistoia City Hospital (Italy). Dionisio is Head of the research project PEAH – Policies for Equitable Access to Health. He may be reached at d.dionisio@tiscali.it http://www.peah.it/ https://twitter.com/DanieleDionisio