Nicaragua is doing well economically. In spite of the recent slowing of the global economy, the country has managed to maintain an above average level of growth within the Latin American and Caribbean region (LAC), cut poverty rates and make progress with achieving the SGDs (The World Bank 2017). This success story is however in danger of unravelling because of the stall in the decline of teenage pregnancies. Nicaragua currently lags behind other countries in the region, and although the adolescent fertility rate fell sharply between 1990 and 2000, the decline has slowed considerably. 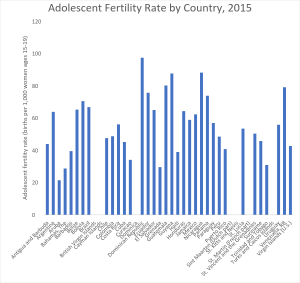 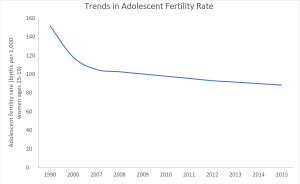 The problem is multifaceted, however, and Nicaragua must resolve it if it is to continue its developmental trajectory unhampered and achieve SDGs such as: