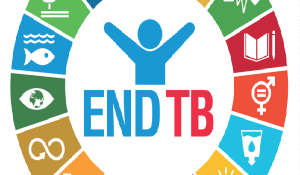 Treating MDR/XDR-TB is challenging because the treatment is long and expensive, and outcomes remain sub-optimal, because of frequently observed adverse events, and high rates of treatment failure. The WHO has recently issued new recommendations on MDR-TB regimens, moving from the previous stepwise approach based on five groups of drugs in priority order to a new approach and a new drugs classification.

The conventional MDR treatment regimens, which take 18–24 months to complete, yield low cure rates globally; just 50%. This is largely because patients find it very hard to keep taking second-line drugs, which can be quite toxic, for prolonged periods of time. Patients therefore often interrupt treatment or are lost to follow-up in health services.

At less than US$ 1000 per patient treatment now, the new MDR treatment regimens containing Bedaquiline and Delamanid that can be completed in shorter regimens of 9–12 months. Not only is it less expensive than current conventional regimens, but it is also expected to improve outcomes and potentially decrease deaths due to better adherence to treatment and reduced loss to follow-up. However, in developing countries where out-of-pocket treatments are common, MDR-TB treatment can still cause catastrophic situation in the families. A balance between compulsory and voluntary licenses from the patent-holding pharmaceutical companies can be a proactive route to universal access to newer regimens..

The shorter regimen is recommended for patients diagnosed with uncomplicated MDR-TB, for example those individuals whose MDR-TB is not resistant to the most important drugs used to treat MDR-TB (Bedaquiline and Delamanid), known as “second-line drugs”. It is also recommended for individuals who have not yet been treated with second line drugs.

WHO’s recommendations on the shorter regimens are based on initial programmatic studies involving 1200 patients with uncomplicated MDR-TB in 10 countries. WHO is urging researchers to complete ongoing randomised controlled clinical trials in order to strengthen the evidence base for use of that regimen. At present, this short-regimen of 9-12 months is excluded fora case of drug resistance to second-line treatment, extrapulmonary TB, and that during pregnancy. At this point, Bedaquiline remains only recommended for use in adults under specific conditions and Delamanid only being recommended in children ≥6 years of age.

The most reliable way to rule out resistance to second-line drugs is a newly recommended diagnostic test for use in national TB reference laboratories. The novel diagnostic test – called MTBDRsl – is a DNA-based test that identifies genetic mutations in MDR-TB strains, making them resistant to Bedaquiline and Delamanid second-line TB drugs.

This test yields results in just 24-48 hours, down from the 3 months or longer tests based on drug sensitivity cultures currently required. The much faster turnaround time means that MDR-TB patients with additional resistance are not only diagnosed more quickly, but can quickly be placed on appropriate second-line regimens. WHO reports that as of December 2017 fewer than 20% of the estimated 600 000 MDR-TB patients globally are currently being properly treated.

The MTBDRsl test is also a critical prerequisite for identifying MDR-TB patients who are eligible for the newly recommended shorter regimen, while avoiding placing patients who have resistance to second-line drugs on this regimen (which could fuel the development of XDR-TB).

The faster diagnosis and shorter treatment will accelerate the much-needed global MDR-TB control. The substantial cost-savings from the roll out of this regimen under GFATM and PEPFAR programs could be re-invested in MDR-TB services to enable more patients to be tested and retained on treatment. WHO is working closely with technical and funding partners to ensure adequate resources and support for the uptake of the rapid test and shorter, cheaper regimens in countries.

The private sector plays an increasingly significant role in TB control, and laboratory services are parallel to the public health laboratory system in many low- and mid-income countries. The private sector accounts for roughly 80% of the first contact of TB patients with health-care system in India. Studies conducted since the 1990s have documented that more than half of TB is diagnosed and treated in the private sector. The recent evidence based on drug sales in private market suggests that an estimated 2.2 million TB patients are in the private sector.The reason is that the private laboratories are often better resourced (with more funding and staff) and have testing capacity that exceeds capacity of the public-sector laboratory network. It is therefore critical that private sector TB laboratory services are linked to the National TB control Program (NTP) and the National Reference Laboratories (NRL) at several points in the diagnostic and treatment pathway. The public–private collaboration would improve tuberculosis case detection and reduce the gap that is generally referred to as “missed cases”.

Initiatives to develop links between public and private sector laboratories are important to facilitate higher quality services and to provide necessary reporting and data sharing to optimize TB control in the country.

In developing countries, MDR-TB treatment can still cause catastrophic situation in the family budget. A balance between compulsory and voluntary licenses from the patent holding pharmaceutical companies can be a proactive route.

An estimated 130 000 incident cases of MDR-TB occurred in India in 2015. These constituted 2.5% of all TB cases. However, the laboratory confirmed cases were fewer: MDR-TB 28 876, XDR-TB 3048. Currently, oral administration of Bedaquiline (Janssen, Belgium) in a familiarization study among 1 000 Indian patients with MDR-TB is ongoing on short regimens at several centres. The cost of Bedaquiline for these patients on short regimen is US$1,000. A smaller cohort is receiving injection Delamanid (Otsuka, Japan). The anecdotal analysis of clinical trial data suggest that high cure rates were achieved in shorter treatment regimens with both newer drugs.

The estimated incidence of drug resistant TB, both rifampicin and multi drug resistance (MDR- TB) in Indonesia was 32 000 cases in 2016. However, there were 11 000 drug resistance cases among total TB reported cases. There were about 115 369 suspected MDR-TB people examined in 2017 resulting in 4 848 cases confirmed as MDR-TB, and 3 043 of them started on treatment. Thus, there were about 37% who were unreached and did not enroll in treatment. Beside low treatment success rate (about 50%), there are gaps in TB diagnosis and treatment, most of them due to drug side effects, lack of transportation (distance from home to the facility), low supporter /enabler environment in communities, or death before treatment.