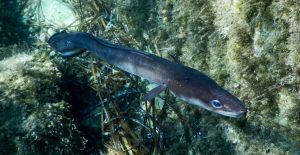 KEI statement: Informal Discussion of the WHO Roadmap Report on Access to Medicines and Vaccines 2019–2023

Brazilian Supreme Court Refuses To Judge Its Biggest Case On IP And Access To Medicines, And Benefits Big Pharma With Undue Monopolies

‘The NHS Postcode Lottery: How the Decision-Making Power of Clinical Commissioning Groups is Preventing Standardised, Equal Access to the Abbott Freestyle Libre in England’ by Rebecca Barlow-Noone

Opinion: Why diabetes in pregnancy should be on the agenda at UN meetings

Extended Monopolies On Biologic Drugs – A Warning To Developing Countries

11th DNDi Partners’ Meeting: From innovation to access in Africa – the way forward

Burden of leishmaniasis in Brazil and federated units, 1990-2016: Findings from Global Burden of Disease Study 2016

The Impact of Civil Conflict on Child Malnutrition and Mortality, Nigeria, 2002-2013 – Working Paper 494

Breastfeeding in low-resource settings: Not a “small matter”

Hunger as a weapon ‘on the rise’ in warzones

Rohingya crisis: one year on

“A Dysfunctional Market.” What This Foundation is Doing to Control Healthcare Costs

12 Things We Can Agree On about Global Poverty

Local Action: Where Can Climate Funders Make a Difference in the Age of Trump?