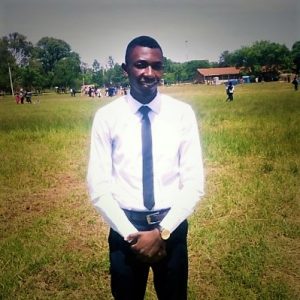 Contribution of the COVID-19 Crisis to Teenage Pregnancy Upsurge

Early estimates by a number of local and global health organizations point towards a potential increase in indirect mortalities caused by the Covid-19 pandemic. Among the areas that are expected to be greatly affected in this regard are Sexual and Reproductive Health (SRH) as well as maternal and newborn health. Disruption of essential health services and the subsequent inaccessibility by those in need is a direct effect of the Covid-19 pandemic which seemingly generates lethal outcomes.

To explore Covid-19 outcomes on the health of adolescents and young people, my attention has been drawn to teenage pregnancy. This is an endemic problem greatly rooted in our country just as in other middle and low income countries which is bound to escalate with the current crisis.

According to the 2014 Kenya Demographic and Health Survey (KDHS), 1 in 5 Kenyan teenage girls is a mother. Also, statistics by the United Nations Population Fund (UNFPA) indicated that between June 2016 and July 2017, 378,397 girls got pregnant before their twentieth birthday in Kenya. Similarly, 379,573 teenage girls were made pregnant by the end of last year as reported by the National Council on Population and development (NCPD). These huge numbers cause devastation bearing in mind that they were reported during normal times. What then are we to expect with the new normal where essential functions and healthcare services have been greatly compromised by the Covid-19 pandemic?

The Covid-19 pandemic brings with it massive consequences directly, indirectly and in multi-factored ways. The indirect consequences are mainly triggered by the breakdown of essential health services including SRH services such as family planning and maternal and newborn health. With the current lockdown, curfew and cessation of movement directives by the government, access to and provision of essential reproductive health services is interfered with and somehow compromised for both users and providers. Teenage girls and young women are part of those affected because they need these services.

According to Plan International, Covid-19 related school closures hit girls the hardest. This is because being out of school increases teenage girls’ vulnerabilities to not just early and unwanted pregnancies but also to early marriages or contraction of Sexually Transmitted Infections (STIs) including HIV/AIDS. Also, with schools closed, young girls are shut up at homes where they are faced with an increased risk of sexual exploitation and gender-based violence all of which may result in unwanted pregnancies.

With the current emphasis on “staying at home”, teenage girls and their male counterparts find themselves with plenty of uninterrupted time where they get to engage in experimental sexual activities in a curious exploration of their sexuality and the fulfilment of the demanding needs of their fast growing bodies. All these fun-filled explorations may go unnoticed only to be revealed a while later by “missing periods” or “a growing bump” otherwise said to be an unwanted pregnancy.

Teenage pregnancies have been proven to cause serious negative impacts on the lives and future of the affected girls especially with regards to their overall health as well as mental and social well-being. Teen mothers less likely continue with their pursuit of education and thus end up in poverty which comes with both depression and rejection. Some teens decide to terminate their pregnancies not looking at the numerous risks they present themselves to by choosing the risky procedure. Abortions are the second leading cause of death for girls 15-19 years of age and leave the victims who survive with lifelong complications including fistula. Worse even, some take their lives for fear of judgement and feelings of guilt.

Mukuru Kayaba, an informal settlement forming part of the larger Mukuru slums extending through Kwa Ruben and Kwa Njenga areas is one area that has been hard hit by the teenage pregnancy crisis over time. 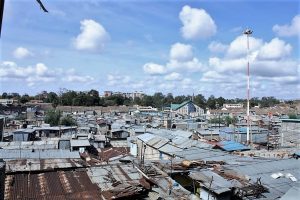 The area just like other slum areas is faced with numerous problems relating to poverty and over congestion such as poor housing, high unemployment and dependency ratios, strain on available resources including essential healthcare, insecurity and high disease burden and prevalence.

Barely four months of the Covid-19 pandemic seems to produce an alarming upsurge in the number of teenage pregnancy cases being reported both to the local authorities in the area and to the health facilities offering maternity and other reproductive health services. Toto Care Box, an NGO working with women and newborns in the area reports an overwhelming demand for their services and products at this critical time and this is attributable to the rising number of cases of teenage pregnancy. At this point am tempted to imagine about the real iceberg lying in the unreported cases as well as those attempting to or already successful in termination of these unwanted and unplanned for pregnancies. Is there need for alarm?

Almost all the forty seven Counties in Kenya have been hard hit by the teenage pregnancy crisis. Latest statistics reveal that Nairobi County tops the list with 11,795 girls aged between 10-19 years reporting to be pregnant between the months of January and May this year. Here is the distribution for top ten counties as per the June Report on the state of teenage pregnancy in the country: 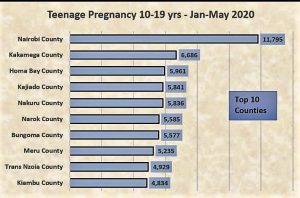 Direct causes of this sudden upsurge in the number of teenage pregnancy cases being reported can be explained using Covid-19 pandemic as the core trigger.

Depressing economic times such as the one presented by the Covid-19 pandemic are known to push teenage girls from poor families into sexual activities in exchange for food and other forms of necessities including protection from suffering. Most often, this type of vulnerability is hard to prevent because the victims are pushed to the limits and have no other options left. A number of studies point out to the fact that sexual exploitation in the context of sex in exchange for food and other essentials is widely reported as vulnerable girls and their families struggle to meet basic needs especially in times of crisis. This could be a perfect reality of what is being experienced by the suffering Kayaba residents.

Findings by the National Council for Population and Development (NCPD) support my hypothesis by confirming that approximately 26% of teen girls from poor households experience teenage pregnancy in comparison to 10% belonging to wealthier households. Poverty is actually a factor at play in Mukuru.

Also, as earlier mentioned in the article, the Covid-19 containment measures currently in place constrain teenage girls at home presenting them with enough free time to find innovative ways to experiment sex unnoticed. The “stay at home” directive therefore greatly helps flatten the Covid-19 curve while exponentially increasing the teenage pregnancy curve. Is the directive to be blamed in any way?

Teenage pregnancies have the cumulative effect of perpetuating the cycle of poverty which consequently lowers individual, social and economic development.

Toto Care Box is an organization working with poor women including girls in the Kenyan slums to better their reproductive health outcomes. The organization provides support to teenage girls undergoing the teenage pregnancy crisis by encouraging them to carry their pregnancies to term, to attend antenatal clinics, to deliver in health facilities and to care adequately for their teens despite the stigma, negative judgement and rejection. 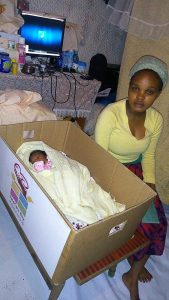 This is done through a community-based approach involving education and incentivization. The organization does not however support the idea of young girls engaging in risky sexual behaviors that predispose them to early unwanted pregnancies. Visit www.totocarebox.org for details.

In conclusion, successful efforts to curb teenage pregnancy must address underlying drivers through programs such as behavior change, sex education, social and economic development, reproductive rights advocacy and health systems strengthening. With all that in mind I still remain with a number of unanswered questions; Who is to be blamed for the teenage pregnancy problem? Who are the male perpetrators and what consequences do they face for their actions? What role do parents play in solving the crisis? How many teens will be affected by the end of the Covid-19 pandemic?