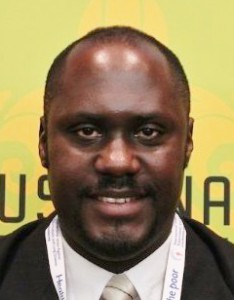 HIV Serodiscordant Couples: They Want to Have Children but Can They?

How to Manage Programs with HIV Serodiscordant Couples

It is a fact that in all HIV/AIDS programs there is need for appropriate counseling, psychosocial support and management of the HIV serodiscordant couples.

Biologically and immunologically there have been many explanations on why the partner of an HIV positive patient would not get infected even if the two have sexual intercourses without condoms. There have been explanations offered about the existence of the Natural Killer (NK) cells that would offer a certain immunity to the seronegative partner and more recently it has been discovered that a mutation in the CCR5 receptors, which are the receptors of predilection for HIV, can confer a certain immunity against HIV to the seronegative partner.

Beyond the biological and immunological concepts, one thing remains true: the serodiscordant couples want to have sex (and ideally without condoms), and they want to have children despite the fact that nurses and doctors have been encouraging them to use condoms every time that they are having sex.

There are a few ways that we can help them to have a safe conception.

HIV viral load of the positive partner plays a key role. As long as the HIV viral load is undetectable, the risk of transmission to uninfected partner is greatly reduced. In addition, there is a role of pre-exposure prophylaxis (PreP)

Contrary to common belief, serodiscordant couples often stay together, especially if they have children, with a median duration of partnership of 7 years (range, 3-14) [1] Although there have been concerns that intimate partner violence (IPV) could be prevalent in HIV-1 serodiscordant couples, their frequency of IPV is similar to the general population [1].

a) Delay trying to conceive until the HIV-1 infected partner has achieved complete viral suppression.

b) Daily oral Truvada pre-exposure prophylaxis for the HIV-1 uninfected woman until she conceives.

The couple should be reminded that the efficacy of antiretroviral-based HIV-1 prevention is dependent on their medication adherence [4].

Although genetic factors may influence HIV-1 transmission risk (32-base pair deletion in chemokine receptor 5, haplotype HLA-DRB1*1301), these appear to occur in a minority of individuals. The main risk factor for sexual transmission is plasma and genital viral load in the HIV-1 infected partner[4].

Cultural factors certainly influence uptake of HIV-1 prevention interventions. For example, use of traditional herbal medicine alongside ART is not uncommon. In addition, scale-up of voluntary medical male circumcision (VMMC) in non-circumcising communities can be challenging. However, high-level community advocacy helped increase uptake of VMMC in Western Kenya. Between 2008 and 2013, 792,931 boys and men were circumcised (92% of the target number). Male circumcision prevalence in Nyanza increased from 45% in 2007 to 66% in 2012 [5].

The issue of serodiscordance can be a complex one for both health professionals and patients. Health providers offering HIV test, nurses, doctors who are interacting with the serodiscordant couples need to be trained in couple counseling. As we all know, talking about HIV to one individual can be complicated let alone talking to two individuals who are either married or living in common law where only one of them is infected. When considering the tons of questions and worries that the negative partner might have it can feel overwhelming.

It seems that social support, health education for patients and the whole community at large are really key to ensure that discordant couples understand their situations, understand each other, support each other and make the best decisions when it comes to conceive a baby.

Even before considering any decision about conception the couples should ensure that viral suppression is completed, circumcision for male seronegative should be emphasized, pre-exposure prophylaxis should be practiced regularly, treatment of any STI and condom use during fertile periods should be encouraged.

Nowadays pre-exposure prophylaxis is more and more available even in the resource-limited settings. However, in the resource-limited settings, patients should be educated and particularly they should be made aware of the existence of such services. In counseling sessions, those points must be clearly explained to the couples and the counselors should ensure that the couples understand each of the points. We need to point out that for some patients issues related to condom, pre-exposure prophylaxis and even circumcision might not be easily digested.

While we typically see patients in individual consultations, ideally HIV care and treatment services should discuss fertility and childbearing jointly with female and male partners. There are several distinct advantages to a couple-based approach. First, because partnerships have an important influence on fertility decisions, consulting with couples can be useful in helping individuals and their partners arrive at appropriate informed decisions about fertility. Second, the health of both partners is important towards safe conception and pregnancy, and delivering care to both partners may therefore be necessary. Third, if a couple is struggling to conceive, there are specific investigations and interventions for both women and men, and investigating and treating one partner only may lead to suboptimal outcomes. However, this entails disclosure of HIV status between partners, which can be a major challenge. At the minimum, the HIV status of both partners must be known and disclosed in order to manage this process safely and effectively.

Despite the importance of a couple-based approach, there are circumstances where an individual desires a child but does not know the serostatus of the partner, or desires a child in the absence of a regular partner or a partner who is willing or able to attend the clinic. These situations present particular challenges.

In Nairobi, Kenya, 469 serodiscordant couples, 64% of which had HIV-1 infected women partners, were followed between 2007 and 2009. Incidence of partnership dissolution was high – 16.6 per 100 couple-years. Of the 85 subjects who reported separation or divorce, 45 (53%) cited HIV discordance as the main reason [7]. Not having children in the partnership, being unmarried and low socioeconomic status predicted partnership dissolution. Among couples without an income, female-positive/male-negative couples were 5 times as likely to separate as male-positive/female-negative couples.