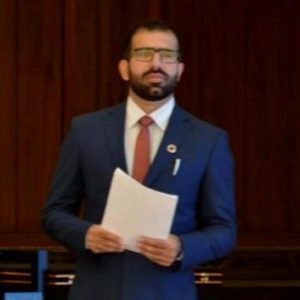 In the recent fiasco a doctor has added a patient on Facebook. The patient was the famed two time Oscar winner Sharmeen Obaid Chinoy’s sister. Sharmeen took to twitter bemoaning lack of boundaries in Pakistan and lodged a complaint against the doctor who was subsequently suspended. She asserted that the doctor added her sister on Facebook after a private check up and went on to comment on her pictures. The matter has been dissected from all ends of ideological spectrum and I do not seek to address the validity of any opinion. It does however beg the question: what are the institutional mechanisms and policy frameworks in Pakistan that aim to address these issues?

The field of medical ethics guides us in the process and helps untangle a lot of questions in this regard. However, it is important to remember that in our society being friends with your doctor is not unheard of and is by and large not viewed as something problematic. The potential adverse outcomes associated with patient-doctor friendship are not obvious to most people in Pakistan.

At the same time, as adults, we understand that the word ‘friend’ as has been applied to Facebook has a virtual implication that does not automatically spill into our lives and does not immediately hold us accountable against some perennial conception of friendship. We do not consider Facebook friendship requests with the same degree of seriousness as we do real life friendship. We should also be cognizant of the fact that our view of privacy does not translate onto the virtual world as seamlessly as some of us think it should. Nonetheless, when you send someone a friend request, it is reasonable to assume that you desire to stay in touch with them. Whether this translates into a friendship is not clear. For the sake of argument let’s suppose that it does. What are the pitfalls of such an association?

The natural anxiety (of a physician), the solicitude which he experiences at the sickness…..of anyone  who is rendered dear to him, tends to obscure his judgement, and produce timidity, and irresolution in his practice.

This is not to say that a doctor does not experience anxiety at the misery of patients with whom he has no personal relationship. Rather, it is the quantum of the anxiety that is under consideration here. Under normal circumstances where the patients is not a relation or a friend, doctors are trained to maintain a sense of calm that allows them to dispense their duties adequately and in line with their fiduciary responsibility.

A physician, then, is to maintain the intricate balance between not developing a relationship outside of the professional setting and ensuring a professional and friendly disposition during his/her interactions with the patients. An overlap in these two relationships is unavoidable under certain circumstances. The token village doctor can’t escape this concurrence. This seemingly simple bifurcation can take various iterations given the subjective nature of interaction between patient and doctor. Doctors are barely trained to navigate this murky domain and little to no professional guidance is available from the institutions (hospitals, ministries, medical boards) to deal with such scenarios. The limits to this relationship are then set by the doctor, by the patient, by them both or neither.

A doctor may become overly invested in a patient who is a friend, leading to over investigation and unfair distribution of time. Alternatively, the patient and doctor may not discuss areas of medical import because of their friendship. This is more likely to happen when the problem is related to psychological or sexual domains.

If the boundaries of the relationship are delineated too close to the impersonal end of the spectrum, a doctor would not give appropriate attention to the patient.

What then is the role of social media?

The field of medical ethics tells doctors to maintain confidentiality, security and boundaries.  On one hand, social media can provide information to patients that allows them to make decision about their care providers and engage with them virtually so as to break the ice. But at the same time, it allows for enough information to move in either direction so as to have negative psycho-social implications. Similarly doctors can find out more about their patients through social media which can be useful in certain healthcare settings but can result in a breach of trust.

Pakistan Medical and Dental Council’s (PMDC) code of ethics is outdated in its details and needs serious upgradation on multiple fronts. It offers no way forward in terms of doctor-patient relationship and their interactions over social media. International medical bodies are more helpful on this front. UK’s General Medical Council (GMC)’s guidelines on the matter do offer some insights and continue to guide doctors to err on the side of caution. In terms of the penalty GMC states that serious or persistent failure to abide by the rules will put their registration at risk. What constitutes as serious and persistent needs to be quantified as well in Pakistan’s local context. The crux of the matter is that actions by the doctor that can be constituted as failure to perform the duties of a fiduciary on social media, be it breach of confidentiality or causing psychosocial damage, is contingent upon inappropriate online interaction. In a lot of ways, declining a friend request precludes the possibility of such interaction. The act of adding a patient on Facebook on its own, however, reflects a huge potential for the breach of the fiduciary duty. More information is needed to actually determine whether this responsibility was breached in the current case.

A doctor needs to be deeply aware of his/her place in the society and should take pains to ensure that the patient is at ease under all circumstances. The debate in the west by and large has been around the issue of why patients should not add their doctors on Facebook. The converse is not entertained as a real issue given that the idea of personal boundaries in patient-doctor interaction are very well defined and are reinforced within the medical community through various trainings and lawsuits. It is also critical to point out that by and large the western social norms do not stand to contradict these ethical boundaries.

Still, the fact that doctors hold power over their patients is indisputable. One of the fundamental duty/responsibility of governments, medical boards and hospital administrations in this regard is/should be to ensure that rules are put into place in order to diminish the probability of any abuse of this power. However, using presuppositions about power to explain away everything is both disingenuous and convenient. It does not leave room for real inquiry into the dynamics of individual interactions. It doesn’t offer any practical response other than exertion of power in the opposite direction. What we do know is that there are serious institutional questions that need to be addressed here and patient-doctor interaction is more complicated than we would like to believe.

What has been missing from the discourse on the issue so far is what the driving force of any honest intellectual inquiry is i.e. the assertions that we don’t know enough. Ironically it is the only thing we know for sure. Going by Sharmeen’s statements, what the doctor did was both unethical and worthy of bring reprimanded. However, the adequate response is something that is not obvious at all. We need to develop a policy framework within which the various facets of patient-doctor relationship are analysed and which forms the basis for nationwide guidelines that help doctors to understand their roles and responsibility better in their social media interactions. The primary action in this regard is to revisit the PMDC code of ethics and ensure that all medical colleges have the relevant stipulations embedded in their own by-laws and these are enforced and reinforced through adequate trainings and penalties. Only then a culture will emerge where such matters can be talked about in a nuanced manner.