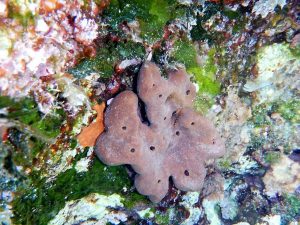 WEMOS: TOWARDS HEALTH FOR ALL IN THE YEAR OF CORONA: OUR HIGHLIGHTS OF 2020

Webinar registration: Series of public briefings and debates ahead of WHO EB 148

148th Session of the WHO Executive Board: Another waste of time – or time to restore WHO as directing global health authority? Series of public briefings and debates hosted by G2H2, 11-15 January 2021

Study: Warming already baked in will blow past climate goals

2020: a Year in Review through PEAH Contributors’ Takes

Now that ill-fated 2020 just went by – and all of us hope we can finally put its COVID nightmare on the back burner – let me express deep gratitude to the top thinkers, stakeholders and academics who generously contributed articles over the year. Their enthusiasm and commitment meant a lot to PEAH scope and aims, while adding steam to debate on how to settle the conflicting issues that still impair equitable access to health by discriminated population settings worldwide.

Find out below the relevant links:

Covid-19 VIRAT and VRAF Country Assessment Tool: The Need of the Hour by Tanushree Mondal

The Case for Relational Quality Improvement in Health by Maria Kordowicz

Access to Opioid Analgesics for Medical Purposes: a Global Unbalance by Raffaella Ravinetto

Whistling Past the Graveyard of Dreams: Hard Truths About the Likely Post-Pandemic World by Ted Schrecker

The State of Oregon’s COVID-19 Response by Susan M. Severance

Rapid Assessment on the Impact of COVID-19 among Female Sex Workers, Adolescent Girls and Young Women, and Women Living with HIV & AIDS in Uganda by AWAC-Alliance of Women Advocating for Change

Migrants in Need: COVID-19 and the Impact on Labor Migrants’ Health, Income, Food and Travel by Olga Shelevakho and Helena Arntz

Substantial Aspects of Health Equity During and After COVID-19 Pandemic: A Critical Review by Erfan Shamsoddin

Health Care Reform in The United States: a Call to Action by Susan M. Severance

Labour Migrants in Russia and their Needs by Chamid Sulchan

How Prepared is Africa for the COVID-19 Pandemic Response? The Case of Ethiopia by Garumma Tolu Feyissa, Lemi Belay Tolu, Alex Ezeh

Diseases Are Neglected by the Pharmaceutical Industry by Luciana M.N. Lopes and Alan Rossi Silva

Postscript – The World at Risk: Covid-19, Global Sustainability and 1 HOPE by George Lueddeke

COVID-19 Impact on the Pharmaceutical Industry: Major Challenges and the Way Forward by Aboli Mandurnekar

The World at Risk: Covid-19, Global Sustainability and 1 HOPE by George Lueddeke

WHAT SHOULD BE A PRIMARY CARE? by Olga Shelevakho

Public Health or Poverty Alleviation? What are Mosquito Nets for? by Gertrude Masembe

HIV Is Not a Verdict: I Love Every Minute of My Life by Olga Shelevakho

The University in the early Decades of the Third Millennium: Saving the World from itself? by George Lueddeke

Mitigating and Adapting to the Effects of Climate Change on Health in the Suburbs Through Adaptations in the Built Environment by Debbie Brace, Vanessa Kishimoto, Michelle A. Quaye, Mike Benusic, Louise Aubin, Lawrence C. Loh

The contributions highlighted above add to PEAH internal posts published throughout the year. Find the links below:

Moreover, as part of PEAH scope and aims, the column titled ‘Focus on: Uganda’s Health Issues‘ continued to serve as an observatory of challenging health issues in Uganda from a comprehensive view encompassing the policies, strategies and practices of all involved actors.

In the meantime, our weekly page PEAH News Flash has been serving as a one year-long point of reference for PEAH contents, while turning the spotlight on the latest challenges by trade and governments rules to the equitable access to health in resource-limited settings.

Eventually, a new  PEAH: In the Public Eye column was set up during the year  as a gathering place for PEAH quotations from everywhere.

*Daniele Dionisio is a member of the European Parliament Working Group on Innovation, Access to Medicines and Poverty-Related Diseases. Former director of the Infectious Disease Division at the Pistoia City Hospital (Italy), Dionisio is Head of the research project  PEAH – Policies for Equitable Access to Health. He may be reached at:

Contributions From APAN During Disasters

APAN (Asia Pacific Advanced Network) is a network that connects research and education networks of various economies to one another and this makes it possible to build appropriate networks.

Among the activities of APAN, some are to provide forums for network engineers to build new applications, operate a fellowship program in support of it, adoption of advanced network technologies and regular updating of links, thereby improving the global cooperation from countries like Europe, North and South America, Africa and Arabian countries as well.

In pretty much every country there are research networks that connect all the Teaching institutions, the college, the hospitals, the museums, the cultural institutions on a common platform, the National Research Education Networks (NREN), either deployed by the Ministries of the respective Governing body or through the Universities. What APAN does is partnering of all the NREN in 3 out of the top 5 leading economies of the world, spanning more than half of the world’s population, including many contributors and link owners in a loose and volunteer-based manner. It stretches from Pakistan in the west to Japan in the east and down to Australia, New Zealand in the south. So, it spans the least developing to the most developed countries, creating multiple freeways.  It hopes to extend its domain more in the pacific Islands one day. These networks are the need of the hour while harnessing resilience against disasters. These networks help in moving large data sets and stand unique in their approach for their Out -of-the -Box Thinking and promulgation of Best Practices wherever and whenever they can.

In the remote past, the Disaster Mitigation Working group of APAN collaborated with the UNESCO under the project Connect Asia and promoted gentle partnerships with economies all around and engaged in case studies, numerical simulations, simulation practices and collaboration models and tools. Their domain was far fletched ranging from floods to droughts, Earthquakes, Tsunami, Fires, Smoke, Typhoons, Dust etc. So, in the face of such a Disaster, APAN stands by establishing multiple paths as a way of robust reconstructive and mitigation activity. APAN has the capability of providing such pathways specially during disasters ex. downloading or else uploading terra byte of data on Climate data in Modelling typhoon in the event of a disaster rapidly, running models with artificial intelligence which is in fact a transformative step in restoring and saving lives in a matter of few minutes. It also means accessing Disaster Response Networks by deploying such networks in places which faced a disaster. For ex. An Ad hoc network or a mesh network in the Philippines to support the responders in the region that replaced the local mobile network. In such a way, these networks deliver information, computing capacity whenever required. Such has also been shown in the clinical context of Covid-19 in 2020 through sharing of data. These information help bring in the necessary resources to the places that require the most, thus building resilience of research and science and technology in the support community. So, when such events occur in the future, these resilient networks come to play forefront with their armamentarium.

APAN conducts two meetings in a year crossing the Asia Pacific regions, the last was the APAN 50 at Hongkong in the year 2020, and the next upcoming is the APAN 51 at Islamabad, where there is a whole lot of knowledge sharing and learning between the researchers, the end-user community, the educators, and with the involvement of all its working group ranging from Agriculture, Earth system and sensing, Astronomy, culture, Disaster Management, Medical wing etc.

Much remains undiscovered when it comes to the contribution that APAN has left on the lives of the educators all around the globe, especially during the time of natural disasters or man-made calamities. Though the objectives of APAN have always been to uplift the education and research globally taking it to the next dimension, but it has unknowingly contributed to the medical world time and again, such as during the SARS outbreak, Bird Flu and most recently during the covid-19 pandemic by building human knowledge networks. During the SARS outbreak, when hospitals were all locked down, NREN community built a video-conferencing and IPV6 infrastructure, for the patients, doctors, visitors, administrators to communicate within and outside their community, helping diagnose and provide utmost care and support to its beneficiaries. So, this is one such model that could be replicated in the recent times, as and when required. APAN over time through its collaborative approaches will scale up better for the welfare of communities.